A trek to the upper Mustang region is a very rare opportunity. Here in this region, you will be able to experience the true lifestyle of the mountain people who still live in the far-flung region where much hasn’t changed since past hundreds of years. The region even had an officially recognized king until 1990s.

A trek to upper Mustang may seem like one to the Tibet because the region is geographically located in the Tibetan plateau. The region was only previously a military restricted zone until 1990s and was a autonomous kingdom until 1950s. The gateway to upper Mustang is the beautiful town of Kagbeni and trekkers will need a special trekking permit and should also be accompanied by a government appointed official.

Since the region lies in the Himalayan rain shadow, the region does not get very good extent of rainfall even in the monsoon region making it suitable to trek even in the monsoon region. a Trek to Mustang region does not include any significant technical difficulties and can be trekked even by novices as the highest elevation reached is only 3,800m. However, the region is very cold in the winter and is very windy throughout the year. It is not advised to trek in the winter due to difficult weather conditions.

There are accommodation sites dotted throughout  the region so there is very good facilities of food and lodging. Mustang trek needs at least nine days to complete which starts and ends from Kagbeni. The route follows the Kali Gandaki Valley, which is the deepest gorge in the world and five times deeper than Grand Canyon.

The settlements are scattered and the cultivation is done very little due to unfavorable circumstances.  Very little grows without irritation, hence the region is like a desert guarded by mountains and very nuclear settlements in fertile areas.

You will be able to meet the predominant inhabitants of the region, the Thakalis in Mustang. The Thakali culture and traditions are very heavily influenced by Tibetan Buddhism. It is very fascinating to see their houses, settlements and lifestyle that has sustained so beautifully even in such harsh terrain. While trekking the Mustang region, we can have the most awe inspiring view of the giant Dhaulagiri Massif, and Nilgiri Mountain range. We will also have splendid view of Mt. Annapurna range while trekking upwards. One of the highlights of the trek is the Kali Gandaki Gorge formed between the Annapurna and Dhaulagiri range. It will be a very memorable experience to trek through the beautiful and iconic settlements like Jomsom, Kageni and Marpha to name a few.

Lo Manthang, the capital of Mustang kingdom is reached in four days and mostly a day is allocated for sightseeing of the beautiful and every unique walled settlements. You can also ride on ponies to take a tour if you are interested. You can return from the same route or you can also trek down through the eastern bank of the beautiful Kali Gandaki river. 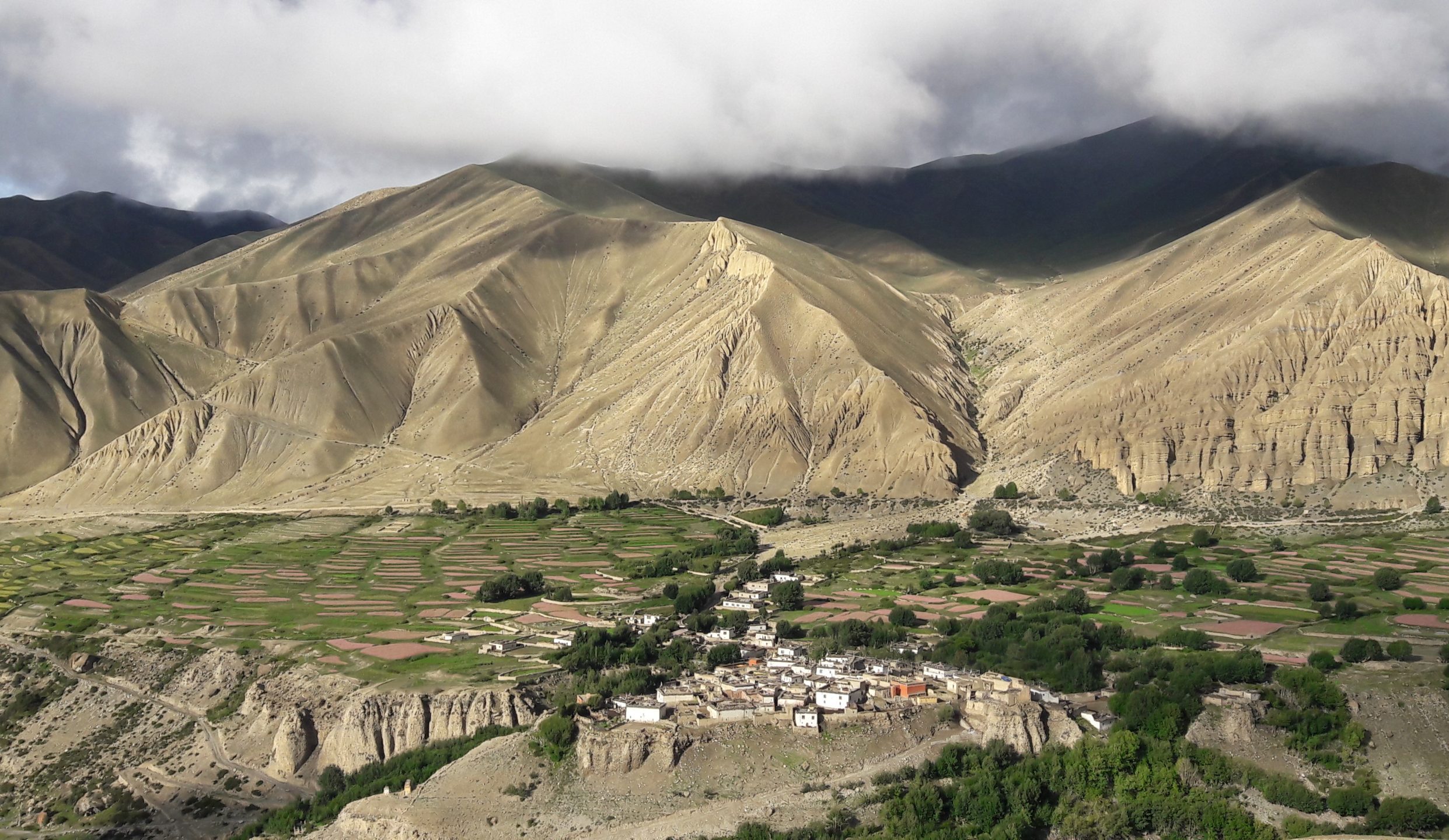