A trek to the Upper Dolpo region will be a real and true adventure in Himalayans in the very far-flung and remote region beyond the Himalayan valleys across the western part of the country. Upper Dolpo is one of the very few places that has preserved the very ancient Tibetan cultures of Bon Po religion, the pre Buddhist religion is practiced till today. The mystic and spiritual sanctuary surrounded by the massive Dhaulagiri massif to the southeast is cut off by very high passes and thus is closed by snow half the year.

Even in 21st century, Dolpo remains very far-flung and isolated from the modernity. The time has not changed here since hundreds of years where people of Tibetan descent still continue to live, stock and cultivate the way they used to do centuries ago.  The very perfectly preserved ecosystem of Dolpo region compasses very wide and wild varieties of flora and faunas such as the very rare blue sheep, the beautiful snow leopard and so on. Without a shadow of doubt, Upper Dolpo trek is one of those very rare and gratifying trekking experience Nepal has to offer.

To trek the region you will need to obtain a special trekking permit. The gateway to Upper Dolpo is Juphal where we will reach after we take a flight from Nepalgunj. Trekkers will trek following the Matthiessen footsteps  and trek through the northern route to reach Shey Phoksundo National Park prior to joining the antique and historical Nepal and Tibet trade route and steep uphill ascent to cross the enthralling Nangdola Pass at an elevation of 5,110m while enjoying the magnificent view of the beautiful Dolpo Valley to massive mountain of Dhaulagiri and other equally mesmerizing peaks near the Tibetan border. One of the main highlights of the trek is the very pristine emerald lake Pkoksundo Lake with crystal blue water that reflects the beautiful reflections of the lofty peaks soaring high above the weathered brown and red hills.

Another highlight of the region is the historical monastery of Shey Gompa which was founded in the 11th century and houses several significant doctrines, holy books, and statues of the lord Gautam Buddha. You will also be able to cross two exciting passes, Sela Pass at elevation of 5,094m and Jyanta Pass at elevation of 5,221m. after exploring the region, you can trek down to the Dho Tarap Valley before reaching Juphal to end the memorable trek to the Upper Dolpo region.

You will also get the rare chance to explore ancient Himalayan settlements like Tokyu Villlage, Jynta Villlage, Dho Rarap, Ghyamgar, Tarakot and Dunai to name a few. It will not only be an opportunity to witness the magnificence of the Nepalese Himalayans but also a very rare chance to witness the culture, lifestyle, and history of people of the region. you can trek to the inner Dolpo Circuit and also explore Jumla, the historical Sinja Valley and the heavenly Rara Lake while in the Upper Dolpo region. 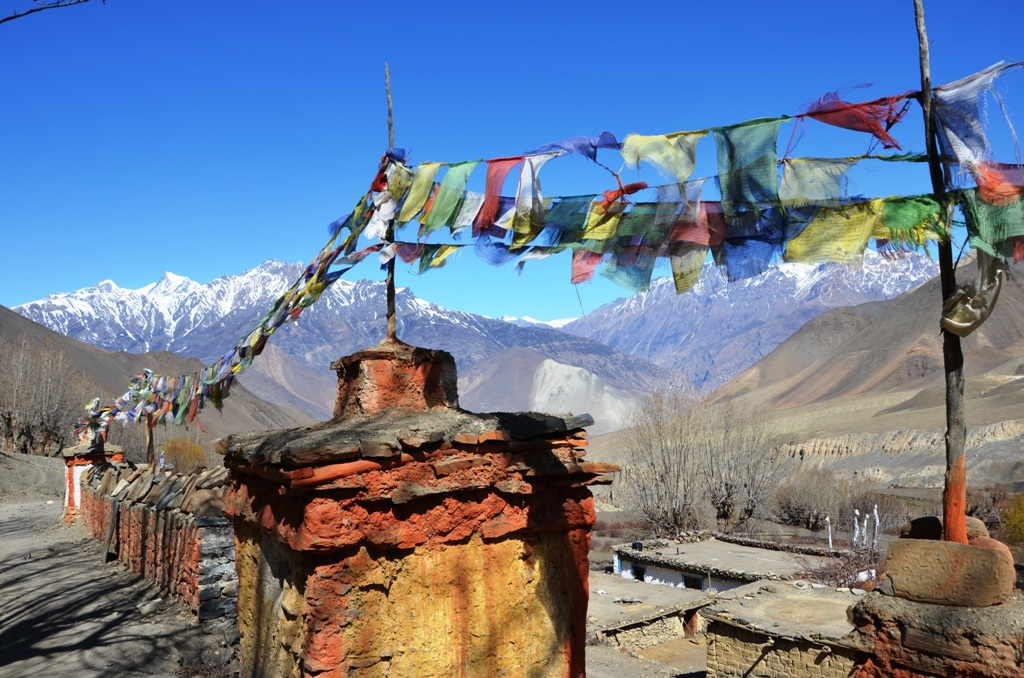