Gaurishankar and Rolwaling Valley Trekking is the east-west valley below Gauri Shankar (7134m), just south of the Tibetan border. This route rarely trekked, isolated high valley of Rolwaling simply called “the grave” by the indigenous Sherpa’s on account of its location ‘Rolwaling’, which is buried down between vertical mountains. This area is culturally diverse and densely forested and isolated. Rolwaling provides spectacular mountain scenery with peace and incredible views. Rolwaling possesses an immense wealth of flora & fauna. Dolakha has it all for the inquiring and the attentive. If you are with someone who knows the area like his palm-lines, there is every chance that you will soon understand the changing ethos of the place. The fresh air, the tourist spots that are almost voluble about their ancient tales and the simple, believing people immediately send to rest the typical desperation of the resident of a metropolis. Perhaps that is why the Maoists spared the town, influenced by the spell of its feminine beauty. In ancient times when Nepal had a profitable trade relationship with Tibet, this was the route that merchants used. It was then that this town rose to prosperity. There are still some houses belonging to those times. According to some locals, the town has more or less faithfully maintained its past appearance. Apparently, as soon as trade and commerce dried up, Dolakha ceased to age. Despite the time-ravaged houses, the town is young, and so are its sons who constitute one of the most reliable work forces for odd jobs in the capital. When Laxman was injured and the great ape-god Hanuman was asked to bring a certain medicinal herb for the rescue, the mighty ape-god hovered on the sky above Dolakha, say the locals. Probably the beauty of the region dulled his sense of judgment and he ended up taking a chunk of a hill near the Mt. Gaurishanker 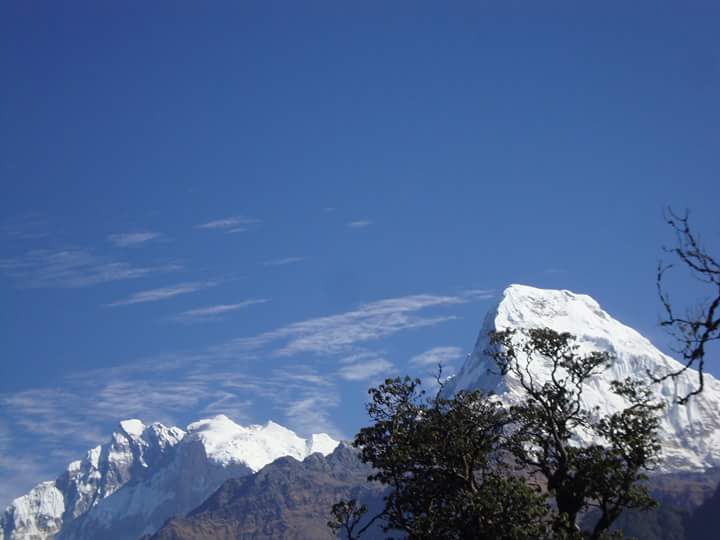