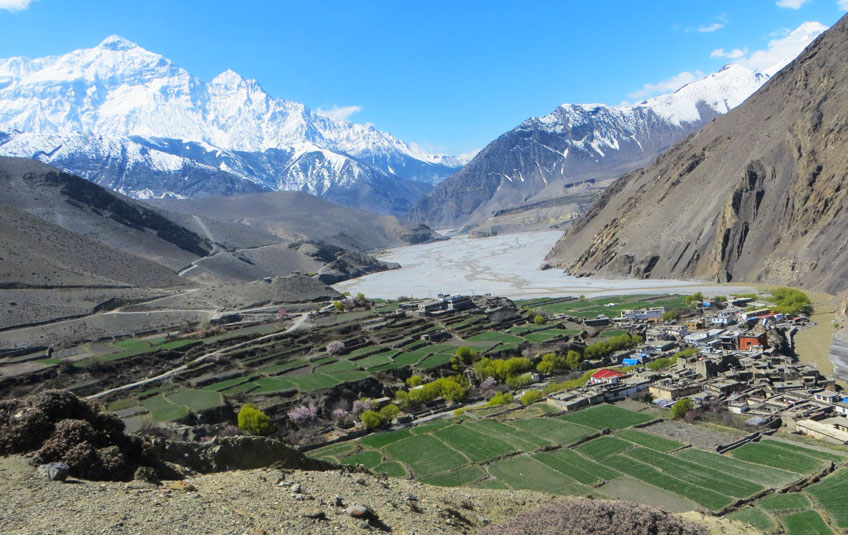 The barren lands of Upper Mustang possess a unique beauty one cannot find anywhere else in this world. The forbidden kingdom of Mustang and its ancient capital- Lo Manthang rests beyond the Annapurna Himalayas untouched by modernization. The journey to Upper Mustang is an adventure that takes you through amazing barren landscapes and beautiful monasteries. Upper Mustang trek is an opportunity to experience immense joy. And here are 5 reasons that justify why one should trek to Upper Mustang.

The forbidden kingdom has a rugged persona- a terrain filled with a variety of landscapes and rocks of different formations. Mountains in Annapurna, Dhaulagiri, and Nilgiri ranges dominate the skyline making Upper Mustang quite the place to view the snow-clad peaks. Being a part of the Tibetan plateau, Upper Mustang shares similar terrain to that of Tibet: dry and barren. One can easily be fascinated by the mysterious caves that can be found all around this region.

The people of Upper Mustang are heavily influenced by Tibetan culture and religion. You can encounter people of the Tibetan culture and learn about their lifestyle in the barren lands of Mustang. Trekking in Upper Mustang also leads you to several historic gompas and Monasteries. Some famous monasteries you can come across are Lo-Gekar, Tsarang, Namgyal, and Ghami among others.  These sites are adorned with ancient Buddhist artifacts such as images, manuscripts, and arts.

One of the major attractions of trekking in the Upper Mustang is the Tiji festival. The word Tiji refers to “Prayer for world peace” and is a major cultural event celebrated in Mustang. During this festival, religious ceremonies including folk dance and songs are performed depicting ancient myths and legends. It is believed that the people of Mustang celebrate the Tiji festival to get rid of suffering from the whole region. The festival generally occurs around the second week of May and lasts for three days.

Lo-Manthang rests untouched by the influence of modern fumes. Your journey to Upper Mustang will take you to historical time. As you walk past the barren lands, you will be supported by mules carrying your luggage. This prehistoric method of transportation has been living on for a long time! You can also find Amchi-museum and other schools that hand down ancient techniques of medicine. People here have been living with their ancient lifestyle for ages and have managed to preserve their culture and traditions till now.

You can travel here at any time of the year!

Most treks in Nepal is best done during autumn or spring seasons. However, since the forbidden kingdom lies sheltered by the glorious Dhaulagiri massif, this makes it rain-free all year round. This is a major plus point to this trek as you will not have to face issues regarding weather such as blocked views, slipper trails or weather hazards. You can trek freely around this region without having to worry about the weather.

The Upper Mustang Trek is certainly a ‘must-do’ trek in Nepal. Though it is a seldom sought-out trek, it surely is immensely rewarding. With a blend of cultural and natural beauty, this trek will give you memorable experiences that will last a lifetime!